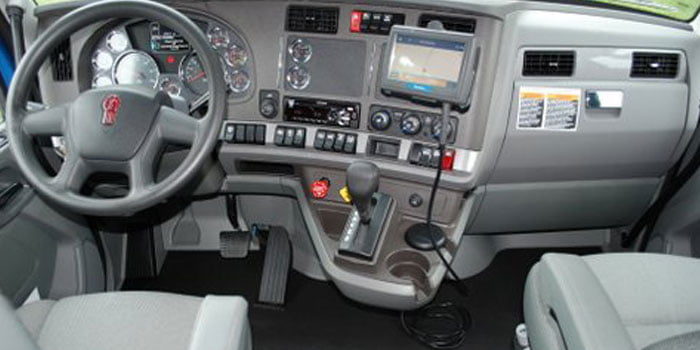 Throughout the pandemic, men and women who have worked for decades with the same company that they thought they would retire from found themselves down-sized for any number of reasons.

Early this year, we hired a driver who had spent over 30 years as a photographer and reporter for his hometown newspaper. He thought he would retire from there, but at the age of 58, he, like so many others, found himself phased out of his job as a result of downsizing.

He couldn’t afford to retire, so he did some soul searching for what he wanted to do, and he landed on truck driving as a way of doing something different and being able to travel more.

The following is the story of his experiences of getting hired by Hardy Brothers and his first experiences on the road.

When I was interviewed by Hardy Brothers Trucking’s Human Resources Manager, Sable White, she had a baby girl asleep on her shoulder the entire time. If that did not say ‘family-oriented company,’ then nothing did. Immediately, my goal became, ‘do not make that baby cry!’ In that way, I am fortunate that my natural face looks a bit goofy, and most babies smile, or downright laugh, at it.

When going for my test drive with driver trainer Ricky Watts, I made my usual self-deprecating comments to break the ice. I asked him, “Don’t you get tired of testing newbies like me?” But Ricky’s response was serious, “The only disappointing thing to me is that a lot of new drivers don’t give truck driving enough time to adapt. They’ll go out for one week, or maybe two, then quit.” I had been hoping for a sarcastic reply, I do love a good joke, but those words stuck in my head and later were invaluable in overcoming my own doubts.

In CDL school, my instructor said, “It will be the hardest easiest job you’ll ever have.” He was right. On my first training trip to the west coast, I learned that there is much more to truck driving than holding a steering wheel. Electronic driver logs have to be perfect, load information that must be accurate, and about a dozen or so constantly changing traffic decisions to be made in every second that passes. And you have to sleep, a lot.

Eleven-hour driving shifts are tiring. In my case, the last hour of driving is spent fantasizing about the mattress I will soon stretch out on. My first drive was easy, what with the adrenaline pumping and excitement of a new career. But adapting to sleeping on a bouncing truck on badly maintained roads took some getting used to. My second shift the next day was a little bit of a struggle as I had not slept well, so I drank some coffee and ate a few energy bars to help me stay alert. I made it through, but it was tough.

By the time we got to Vernon, Ca. we had traveled 2,432 miles (In about two and half days) which included sitting in a 30-mile traffic standstill on I-40 outside Albuquerque, N.M. while police shut down the highway because one of their own had shot a suspect on the road earlier that day. After delivering the trailer of goods, we waited for instructions for where to go next to pick up the load we would take back home.

During that wait, I had no idea when we would start home, and I began to wonder if I had made a mistake. I just wanted to get back home. But Ricky’s words kept ringing in my ear, so I decided to try it for a few weeks before quitting. I am so glad I did!


Somewhere along the third or fourth trip, my body/brain adapted to the sleep routine. No longer was it a struggle to stay alert while driving, and no longer did I wish to be home doing nothing instead of driving.

And by then, I had been paid for a few trips, so being able to pay my bills and have some savings left made me to better understand the honor and worthiness it takes to be a truck driver, and I salute anyone who drives a truck for a living. Add in the public service aspect of getting purchased goods to buyers around this big country, and I am thrilled to be a part of it all.”

At Hardy Brothers, we love hiring men and women who know what hard work is and the rewards it brings. If you find yourself needing to find a new career path, talk to Sable, our human resources director. You can email her here. She can walk you through what you need to do to get get your CDL and what you need to do to prepare for a stable, good-paying career in trucking.