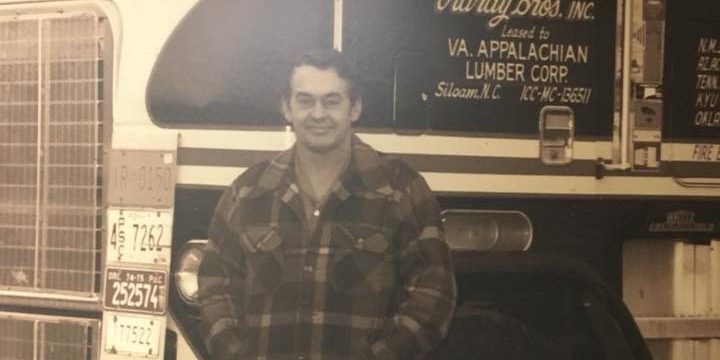 Surry County, North Carolina, has tremendous roots and history dating back some 250 years. The scenic area, located in the northwest part of the state, features a mild climate, protecting ridges, rich 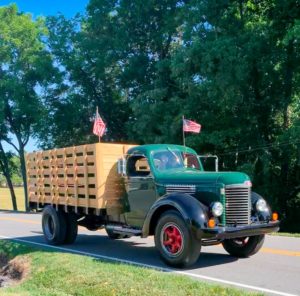 bottomland, sparkling mountain-fed rivers, and other natural resources, making it an ideal place to farm. Because of its access to north-south trade routes, farmers could easily send their harvest to market, and generations of families have worked the land since.

In the latter part of the 19th Century, tobacco crops overtook many grain crops as R.J. Reynolds Tobacco in neighboring Forsyth County grew into one of the largest tobacco manufacturers in the U.S.

On one of these Surry County tobacco farms in the tiny hamlet of Siloam, Ralph Hardy was born on Sept. 3rd, 1932.

Like others throughout the area, Ralph’s early life revolved around the family farm. At 15, Ralph and his father bought a brand-new International K-47 dump truck to haul crops. This truck also became a revenue generator for picking up fertilizer in Statesville, N.C., and delivering it to farms throughout the area.

For the next 18 years, Ralph, and his brother Paul, grew their business to haul crop harvests and farming-related materials throughout Northwestern North Carolina and Southwestern Virginia. Then, in 1965, Ralph purchased an International Emeryville sleeper cab tractor and began running cross-country routes to California, where he would haul goods west and return with fresh produce destined for East Coast markets.

It was from these humble beginnings with deeply seated Surry County roots in Siloam that Hardy Brothers Trucking was born. 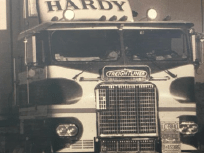 Ralph spent the next ten years driving and growing his business as more and more trucks and trailers were purchased to run the East-West routes that took North-Carolina-made furniture and textiles out to California and then returned with fresh produce.

By the time Ralph stopped driving and focused on running the business full-time in 1975, it was commonplace for driver-teams to make these cross-country runs and back in five days. As one driver took a turn at the wheel, the other would sleep, stopping only for fuel, food, and restroom breaks. It is the business model that continues today at Hardy Brothers.
Like many in the area, Ralph built his own home just steps from the family homeplace, where he continues to live today, and he built the Hardy Brothers operations center and truck depot directly across the street.

He took great pleasure in growing the business and giving people a place to work. Drivers were family to him, and their safety and well-being were his driving focus as the fleet of trucks continued to grow. “It was good work and good pay,” Ralph said. “It was my responsibility to make sure our drivers had the best equipment available at the time.” 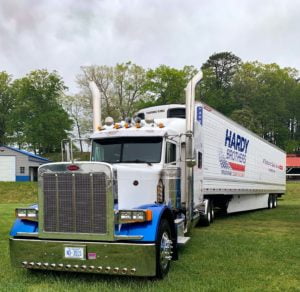 A restored Hardy Brothers’ rig from the 1990’s.

Ralph learned that the most reliable way to keep the trucks running was to service them regularly at the Hardy Brothers shop and trades trucks out every 450,000 miles.

As a result of this practice, which is still adhered to today, no trucks remained in the fleet older than four years. This also meant that as trucks became more sophisticated, they became safer and even more reliable.

Ralph’s son Eddie joined his father in running the company in the early 1980s. Eddie and his son, Ryan, continue running the family business that features over 50 late-model Kenworth trucks serviced on-site by a highly experienced team of technicians.

In a business where turnover for drivers is frequently above 90 percent or more, Hardy Brothers’ turnover trends stay consistently low year-to-year, with many drivers having over ten, 20, or 30 years with the company.” 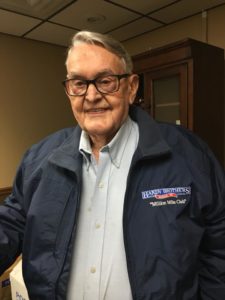 At 89, Ralph comes to the office every day – 7 days a week.the company.

At 89, Ralph could have been long since retired and enjoying the fruits of his labors. Instead, he continues living in his modest home across the street from the Hardy Brothers complex and makes the short walk to the office every single day to “check on things and take care of anything that needs doing. I just enjoy it, and I want to be sure everyone here has what they need to do their job.”

Today, you would be hard-pressed to find a more honest, down-to-earth hardworking individual than Ralph Hardy. They just don’t make them like that anymore. But it is that dedication and honesty that will be his legacy as long as the wheels on the trucks bearing his name are rolling.